Here, I’ve got a summary on my flying activities. If you want to get a quick overview, then you’ll find here my models’ profiles and my piloting CV.

Currently, I own two models, a third is in planning. 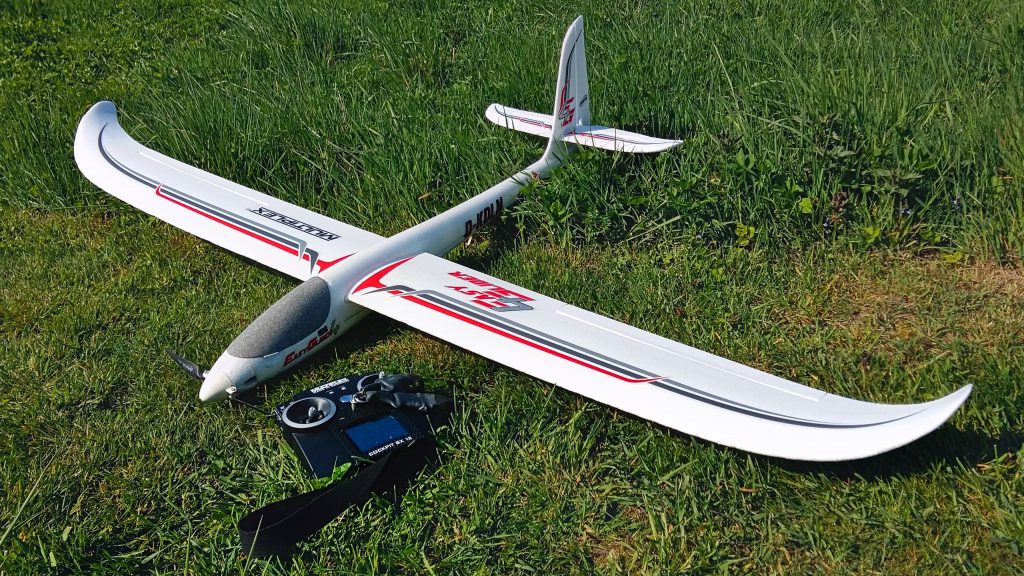 I bought the EasyGlider 4 by Multiplex as a comeback-model in August 2018. The good thing had to overcome my first beginner’s mistakes and by now its skin tells a long and colourful story. As of April 2021, my EasyGlider has worked through 102 flying hours and a good 1.100 landings and helped me regain my old flying abilities.

With its 180 cm of wingspan and the sturdy Elapor structure, while only having a takeoff-weight of 1.100 g, it’s my trusted after hours plane, a good allrounder, which I’ve pushed to visual limit in thermal soaring, and shooed through the wildest caprioles above coastal cliffs. In order to comply to the legal regulations which are by now quite restrictive, especially concerning maximum flying altitude, I’ve added a variometer / altimeter module in spring 2020. 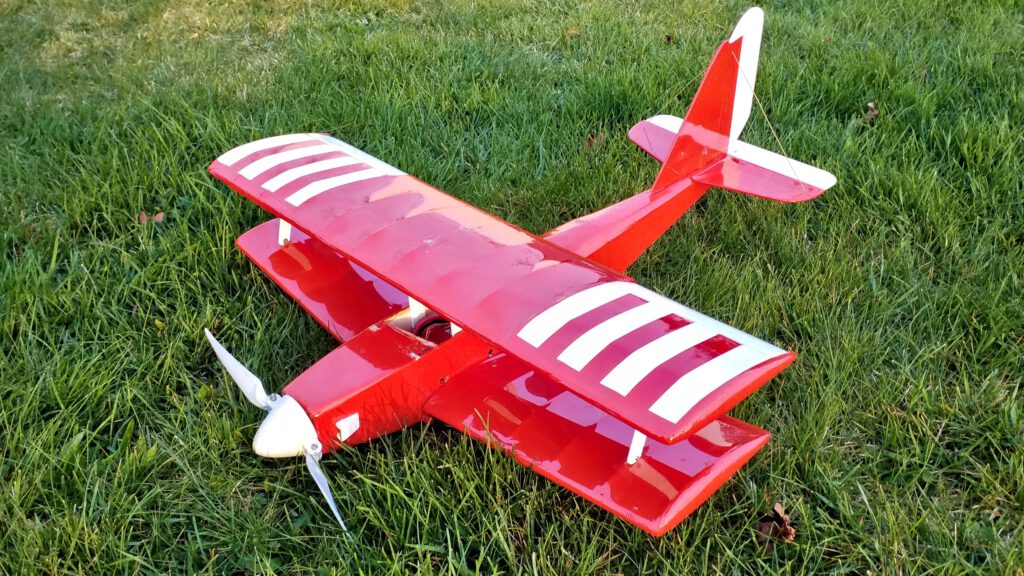 This lively little biplane has been scratch-built with a lot of interruptions. The first idea came to me in spring 2019, I started in earnest at the end of that year. To me, the Joyrider is foremost a test of character: Can and do I want to scratch-build a model? I’ve recorded it’s genesis from the start of the construction report until the maiden flight on my website.

The Joyrider uses the same engine system as the EasyGlider, so I can swap spare parts between both planes. With a wing span of 70 cm and a takeoff-weight of merely 800 g, it’s got plenty of power and easily rates as quite a snappy aerobatic aircraft.

In March 2021 I’ve started to construct the Thermy 4, which I plan to develop into a semi-scale soaring plane by adding some own design variations. I expect this project to occupy me for at least two years and I will regularly report on its progress.

Alas it turned out that I would have to construct a whole new aircraft around the existing wing and even that would need to undergo some changes. So this project is on ice. 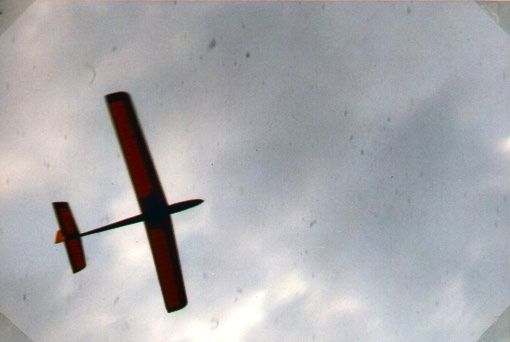 I purchased my first model aircraft in the late 1990s: A Varta Fly by Robbe. Designed as a two-axis soaring plane with electric power, it served me to teach myself flying on our neighbour’s meadow.  I even managed some thermal soarings.

Unfortunately I haven’t got the Varta Fly any more. Just as the Taxi III it was damaged beyond salvage by a water damage in our cellar. 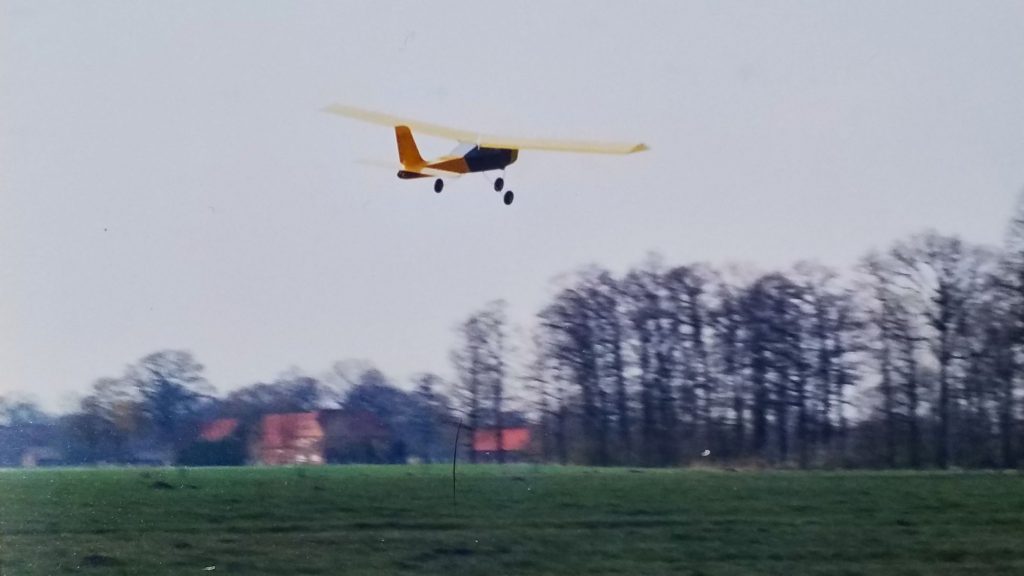 I got my second model in the early 2000s: a Taxi III by Graupner, an almost-ready-to-fly model with electric power. Being a 3-axis-trainer with a wing span of 140 cm, it offered some new possibilites and among other things I added a tow coupling to tow banners. Unfortunately, I wasn’t very lucky with this model, it had to spend a lot of time in the workshop.

After patiently waiting for better times in the cellar, it was ruined beyond redemption by the same water damage which destroyed my Varta Fly.