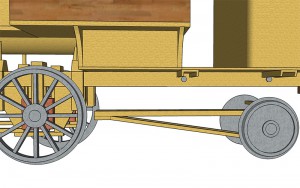 Today I focused on the Axle Bearing of the Trailing Wheel. I’m currently wondering which would be the best length for its boom. Right now, I’ve got the choice between two versions: the originally drawn, long version and a new one, which is considerably shorter. 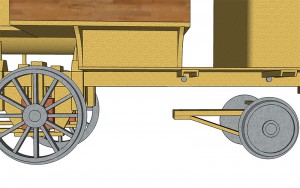 The longer version has the advantage of a decisively tighter curve radius. However, the shorter Version will leave a lot more space below the driver’s cabin for the planned electric motor.

So I’d be very grateful for some feedback on which version you prefer.